Our aim is to work in harmony with our clients to achieve with them a sure understanding of their financial affairs.

There are a number of benefits to you from working with our firm, which include:

Our Income Tax and National Insurance liabilities will be kept to a legal minimum with these proposed services.

You will be able to plan your cash flow more effectively, as our approach to your tax affairs means we give you more notice of liabilities due.

You will never receive penalties for late returns, provided you act on correspondence sent to you.

Additional work will only be conducted once you have agreed to it, which means you will know exactly what things are costing.

View all our services 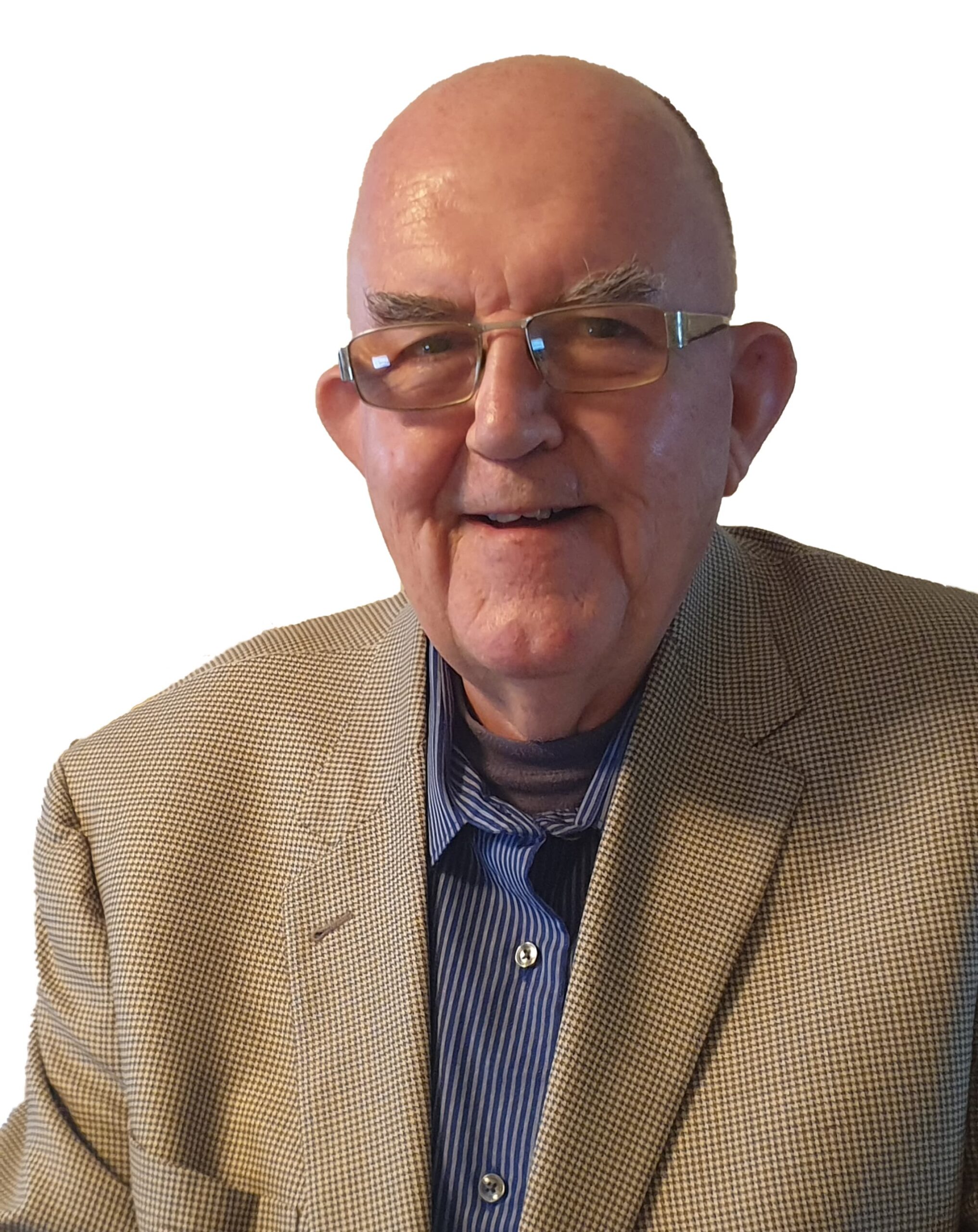 There are a number of benefits to you from working with our firm, which include:

We consider our role to be more than that of the traditional accountant and aim to assist you in the development and growth of your business as well. Our target is to be part of your team, help you succeed in your business and then to share in your achievements.

“Brian has been our accountant for the past 10 years. Brian provides a professional service, good value and quality”

“Brian has been there for us as a company and friend for nearly 20 years. Holding our hand as we negotiate the variety of legislative hurdles. Thank you so much Brian!”

Within 30 days Account filed and settled. Accounts were filed ...

HMRC stops writing to you, what do you do?

The Challenge Due to a recent paper saving measure undertaken by HMRC, my client ...

Get more out for your travel

The Challenge There are many people who have travel for their work. Whether it ...

Within 30 days Account filed and settled. Accounts were filed ...

HMRC stops writing to you, what do you do?

The Challenge Due to a recent paper saving measure undertaken by HMRC, my client ...

Get more out for your travel

The Challenge There are many people who have travel for their work. Whether it ...

The following services are included as part of your Fixed Price Agreement:

Calculating net wages due based on minimum wage or higher depending on other tax criteria.

Yes, I Want A Free Quote

We’ll be in touch soon!

What problem are you trying to solve?

For those of you who were facing difficulties because of COVID-19 and chose to defer your tax repayments, Rishi Sunak has continued to make things a little bit easier for you.
Below is just a short reminder of the latest announcement, which we hope you find useful.
On 24th September, the Chancellor announced that businesses who deferred VAT due from 20 March to 30 June 2020 will now have the option to pay in smaller payments over a longer period.
Instead of paying the full amount by the end of March 2021, you can make smaller payments up to the end of March 2022, completely interest-free.
𝐈𝐌𝐏𝐎𝐑𝐓𝐀𝐍𝐓 You will, however, need to opt-in to the scheme, and for those who do, this means that your VAT liabilities due between 20 March and 30 June 2020 do not need to be paid in full until the end of March 2022.
Those that can pay their deferred VAT can choose to do so by 31 March 2021.
What if I still can’t pay my VAT?
If you are still unable to pay the VAT due and need more time, see the guidance at https://www.gov.uk/coronavirus/business-support about what to do if you cannot pay your tax bill on time you can also contact us by phone: 𝟬𝟭𝟲𝟯𝟰 𝟯𝟭𝟵𝟮𝟴𝟳
If, however, you would like to get some one-to-one advice, support or guidance please do pick up the phone and have a chat with our team. Call us on 𝟬𝟭𝟲𝟯𝟰 𝟯𝟭𝟵𝟮𝟴𝟳 or email brian@brianpusser.co.uk
Is trouble lurking in your SEISS claim?linda2020-11-10T14:49:09+00:00

Is trouble lurking in your SEISS claim?

HMRC has recently highlighted problems with Self-Employment Income Support Scheme (SEISS) claims. Even though it worked out the payments, it’s up to you to spot any problems. What steps should you be taking to check your claim?
The next step – Penalties for not telling HMRC about Self-Employment Income Support Scheme grant overpayments
Small Business Grant?linda2020-11-05T16:10:15+00:00

The Government Small Business Grant Scheme was announced recently but won’t be available until the beginning of September. For Kent businesses, it will offer grants of between £1000 and £3000 towards the cost of professional advice (HR, legal, financial etc) and the purchase of minor new equipment to be able to adapt new technology to assist the existing business activity or diversify. Further details on eligibility to follow.
We understand the Scheme will be administered by Southend County Council and will be known as South East Business COVID Recovery (SEBCOR). It sit will alongside the South East Business Boost Grant (SEBB), but we are waiting for more detailed information.
Please register an Expression of Interest for SEBCOR here: https://www.askphil.biz/smallbusinessgrantscheme/
To apply for a Bounce Back Loan (BBLS) from HSBC, please read here: https://tinyurl.com/y6zp69e2
To stay up to speed with relevant support for Kent businesses, register here:
https://kentandmedwaygrowthhub.us12.list-manage.com/subsc…
For further information on Government support as this is published, look here:
https://www.britishchambers.org.uk/
Have you been waiting for your Self-assessment tax return?linda2020-11-05T16:11:01+00:00

Have you been waiting for your Self-assessment tax return?

Should I trade as a sole trader or private limited company?

We find that due to Covid-19, many people are looking at starting their own business. A common question that we get asked is, should I trade as a sole trader or private limited company?
There’s no one-size-fits-all solution and deciding the best business structure to use should be based on your own personal circumstances. Thankfully, you won’t have to do this on your own. Book a call with Brian, and over a cup of tea and a Hobnob, he will explain everything in detail.
Book a call at brian@brianpusser.co.uk
What are the terms of the extension and where does this leave the new Job Support Scheme?linda2020-11-05T16:22:33+00:00

What are the terms of the extension and where does this leave the new Job Support Scheme?

𝗖𝗼𝗿𝗼𝗻𝗮𝘃𝗶𝗿𝘂𝘀 𝗝𝗼𝗯 𝗥𝗲𝘁𝗲𝗻𝘁𝗶𝗼𝗻 𝗦𝗰𝗵𝗲𝗺𝗲 𝗲𝘅𝘁𝗲𝗻𝗱𝗲𝗱
The Coronavirus Job Retention Scheme has now been extended for a month.
What are the terms of the extension and where does this leave the new Job Support Scheme?
Under the terms of the Coronavirus Job Retention Scheme (CJRS) extension, employees will continue to receive 80% of their usual pay for hours not worked, up to a maximum cap of £2,500, and you will retain the flexibility to bring furloughed employees back to work on a part-time basis (flexible furlough) or furlough them full time (full furlough). The government will pay the 80% and you will only be asked to cover employers’ NI and pension contributions for furloughed hours, which is effectively the same level of CJRS grant as applied in the month of August. You must also continue to pay the employee for any hours worked in the normal way. The other key points are:
• the extended CJRS will operate in much the same way as the current CJRS, with employers being paid upfront to cover wage costs, but there will be a short delay in payment whilst the government updates its systems and so you’ll be paid in arrears for that period
• all employers with a UK bank account and UK PAYE scheme can claim the extended CJRS grant – neither you nor the employee needs to have previously used the CJRS
• to be eligible to be claimed for under the extended CJRS, employees must be on your PAYE payroll by 23:59 on 30 October 2020 – this means an RTI submission notifying payment for that employee to HMRC must have been made on or before 30 October 2020
• as under the current CJRS rules: employees can be on any type of contract and you’ll be able to agree any working arrangements with them; you can claim the grant for the hours your employees aren’t working, calculated by reference to their usual hours worked in a claim period; when claiming the extended CJRS grant for furloughed hours, you’ll need to report and claim for a minimum period of seven consecutive calendar days; you’ll need to report hours worked and the usual hours an employee would be expected to work in a claim period; and for worked hours, you’ll need to pay employees under the terms of their employment contract and you’ll be responsible for paying the NI and income tax due on those amounts
• you can choose to top up employees’ wages above the extended CJRS grant at your own expense if you wish, but you don’t have to do so
• there will be no gap in eligibility for support between the previously announced end-date of the current CJRS and the extension.
It’s not clear yet whether the extended CJRS will cover just the calendar month of November, or whether it will run until 2 December, which is the date when the new national restrictions are due to end.
The commencement of the Job Support Scheme (JSS), which comprises JSS Open (for open business premises) and JSS Closed (for closed business premises), has been postponed until the CJRS ends. The JSS will then be introduced following the end of the CJRS.
Further guidance, including on how to claim the extended CJRS support through an updated claims service, is expected to be published shortly.
Furlough can be flexible or full and the government will then fund 80% of employees’ usual pay for their furloughed hours, subject to a cap of £2,500. You only need to pay employers’ NI and pension contributions on that furlough pay, plus employees’ contracted wages for any worked hours. The Job Support Scheme has been postponed and will now be introduced after the extended CJRS ends.
Any questions, call me.

Here is a Gift for you – Download it now 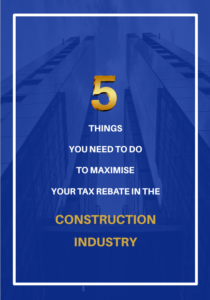 Are You Working From Home?

Don’t be caught out!